I recently was driving past Cambridge on the way to a customer and saw a sign to "American Cemetery".  I looked it up when I got home and resolved to go there when I could to pay my respects to the Americans that came so far to help us but never returned.  I thought there was a chance that some people who read these forums have relatives buried there so i took my camera.  Perhaps someone who may never get the chance to go there will at least be able to see the last resting place of a family member.

Its a very sombre place as you might expect yet beautifully tended by the caretaker.  Not a blade of grass out of place.  It was a nice early spring day.  There were a few people also paying their respects even though it was a work day.  A family with their two daughters, a smart looking office worker, a scruffy looking

From a Brit, thank you America.

This is a copy of the brief guide published by Cambridge Tourist Information Office.

From here the Great Mall, its reflecting pools bordered by polyantha roses, stretches eastward to the Memorial. The Wall of the Missing, 472 feet in length, of Portland limestone quarried in southern England, records the names and particulars of 5,125 of our Missing, who made the ultimate sacrifice for freedom, but whose remains were either never recovered or positively identified. Above the names is an extract from President Eisenhower's dedication enshrined in St. Paul's Cathedral, London. Along the Wall are four statues representing a Soldier, a Sailor, an Airman and a Coast Guard in their typical uniforms and weapons. The paving is of English York sandstone.

The Memorial, like the great Wall, is built of Portland stone. On the north face of the Memorial are five pylons each inscribed with a date recalling the five years from 1941 through 1945 in which the United States participated in the war. The main doors are of teakwood, and bear the bronze models of military equipment and naval vessels. The interior of the Memorial is divided into the large museum chamber, and the smaller devotional chapel. The map 'The Mastery of the Atlantic - The Great Assault,' was designed by the American artist Herbert Gute, from data prepared by the American Battle Monuments Commission. It indicates the principal Atlantic sea routes, the types of naval and commercial craft which assured a supply of men and materiel to the European front, the aircraft which operated in the antisubmarine campaign, and the continuous air assault by the U. S. Army Air Force and the Royal Air Force.

The map on the South wall indicates sites lent to the United States in preparation and support of military operations. The map was executed in the workshop of Mr. David Kindersley, an English artist. The wall bearing the map is of Portland stone. The land elevations are indicated in the polished Portland stone, the successively higher elevations in polished Hauteville marble, Lunel Clair and Lunel Fonce marbles, respectively. The series of seven plates below the map describe the operations while key maps record the development of the war against Germany and Japan.

The mosaic ceiling, by American artist, Francis Scott Bradford, is a memorial to those Americans who gave their lives while serving in the U.S. Army Air Force. The ghostly aircraft, accompanied by mourning angels, make their final flight toward the Glory.

Beside and above the main door, stained-glass medallions represent the seals of the War and Navy Departments, as well as the principal decorations awarded by our Armed Services. In the remaining windows stained-glass replicas of the seals of the States are arranged in vertical rows, from left to right, in the order in which they entered the Union. Above them are the seals of the United States (obverse and reverse), the District of Columbia and Puerto Rico.

The 3,812 American War Dead, represent 42 percent of those temporarily buried in England and Northern Ireland. A large portion were members of the United States Army Air Corps. The burials in the fan-shaped graves area are arranged in seven curved grave plots A-G. The headstones within the plots are aligned in seven rows of concentric arcs whose wide sweep across the green lawns may best be viewed from the Great Mall near the Memorial. Isolated tulip trees, catalpa, beech, oak and liquidambar (sweetgum) grow within the grave plots. These Dead, who gave their lives in our country's service came from every state then in the Union, the District of Columbia, Puerto Rico and the Philippines. Other headstones record the names of men who entered the United States armed forces from Canada, Chile, Denmark, England, Greece, Holland, Malta, Norway, Panama, Portugal and Scotland. Twenty-four of the headstones mark the graves of 'Unknowns', whose remains could not be positively identified. Two headstones represent burials of two and three men, respectively, whose names were known, however, their remains could not be separately identified. Bronze tablets, over these graves, record their names. While Stars of David mark the graves of those who professed the Jewish faith, Latin crosses mark all others.

Architects for the cemetery and memorial were Perry, Shaw, Hepburn and Dean, Boston, Massachusetts. The landscape architects were Olmsted Brothers, Brookline, Mass.

For additional information concerning this cemetery and memorial you may contact the Superintendent or one of his assistants on duty in the Visitors' Building.

A Corner of a foreign field that is forever England

Shanemac of the WWIIOL forum posted a link to a British cemetery in the US.  Its quite a moving story. Click the image to go to the site. 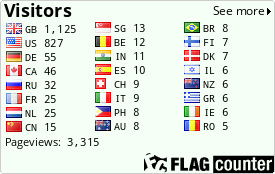